Bushiroad launched the project in January 2015. Poppin'Party was formed in February 2015. With the creation of the mobile game, four other bands were created namely Afterglow, Pastel*Palettes, Roselia, and Hello, Happy World!. In February 2020, a new band, Morfonica, was added.

An all-girl band project, THE THIRD, was announced in January of 2018 , the band change the name as RAISE A SUILEN and became part of the second season of the anime, in the mobile game the band's members appeared on the stories occasionally.

An all-male band project, ARGONAVIS, was announced in May of 2018. This project exists in a separate universe, and was announced to not going to have any interaction with the Girls Band Party universe[2].

For the major events since the announcement of the BanG Dream! Project, see here.

Pastel Life (ぱすてるらいふ) is a slice of life and music spin-off anime featuring one of the units in the franchise, Pastel*Palettes. It consists of 6 episodes which aired from May 17 to June 21, 2018.

Bandori! TV (バンドリ！TV) is a variety show with Aimi and Ozaki Yuka (CV of Toyama Asuka) as MCs.

Current broadcast contents are the following:

BanG Dream! Poppin' Radio is a radio program by the Poppin'Party that delivers information about the members. The program is nicknamed "Popiraji" (ポピラジ) and uses the Twitter hashtag "#ポピラジ". It replaced BanG_Dream! RADIO!!!!! and started airing from October 3, 2016.

Roselia's RADIO SHOUT! is a radio program by the Roselia that delivers information about the members. It started airing from October 18, 2017.

BanG Dream! Garupa Radio with Afterglow was a radio program hosted by Misawa Sachika. It aired from October 6, 2018 to September 27, 2019.

RAISE A SUILEN's RADIO RIOT is a radio program hosted by Kurachi Reo and Tsumugi Risa. It started airing from January 24, 2019.

BanG Dream! Garupa Presents Monica Radio is a radio program with video by the band Morfonica. It is hosted by Suguta Hina and Nishio Yuka. The program uses the Twitter hashtag "#モニラジ". It started airing from April 7, 2020.

Bandori! TV LIVE 2020 airs every Thursday at 21:30 JST, one hour before the broadcast of the BanG Dream! 3rd Season anime. Guests introduce the highlights of the anime, deliver latest information and a variety of contents.

Starting on May 7, 2020, the broadcast time was changed to 22:00 JST due to the broadcast of the mini-anime BanG Dream! GARUPA☆PICO ~Ohmori~. 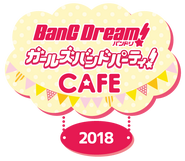 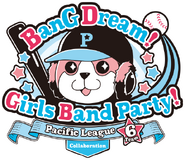 Add a photo to this gallery

Retrieved from "https://bandori.fandom.com/wiki/BanG_Dream!?oldid=91608"
Community content is available under CC-BY-SA unless otherwise noted.