BanG Dream! Project features a total of nine bands. Of these bands, seven are featured in both the mobile rhythm game BanG Dream! Girls Band Party! and anime while the remaining two are featured in the anime only. Glitter*Green, despite being an anime-only band, has one original song that is playable (Don't be afraid!) and had a duet with Poppin'Party in a cover song (Seikai wa Hitotsu! Janai!!). Four of the seven bands featured in Girls Band Party! are also live bands, wherein the voice actresses play the instruments of their respective characters. 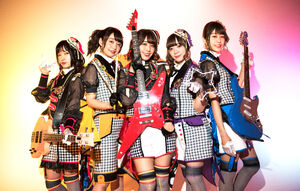 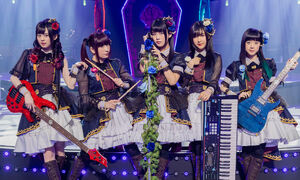 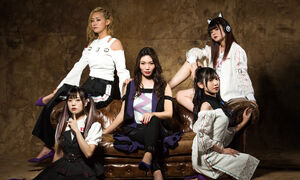 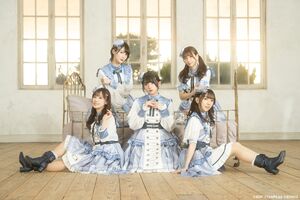 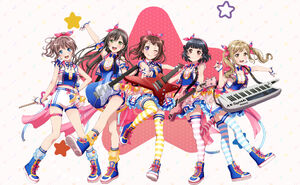 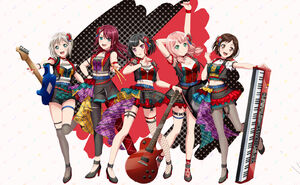 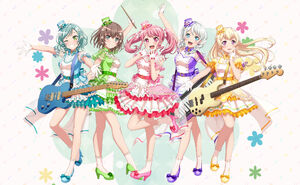 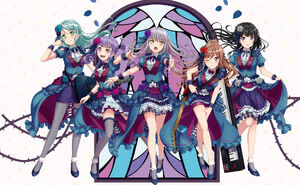 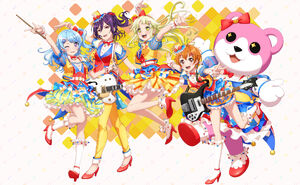 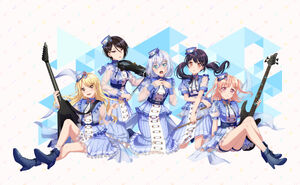 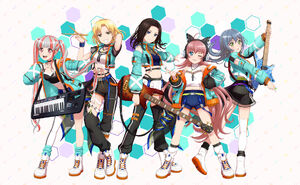 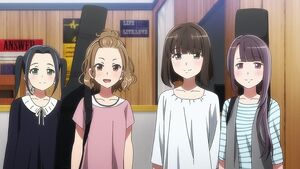