Suzaki Aya ( )
Tsukishima Marina (月島 まりな) is the in-game navigation character. She is a staff at the Live House CiRCLE. In the game's Main Story, she is trying to get five bands together for a multi-live event together with the Player Character's help.

Marina has black hair with her fringe neatly sorted to her right. with a bob cut all the way to her shoulder. She has fair skin and somewhat pink-red eyes. Her outfit consists of low-cut jeans with a white-blue horizontal lines shirt with a black cardigan.

Marina (まりな) has no meaning on its own. 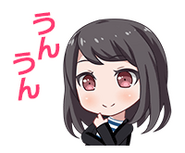 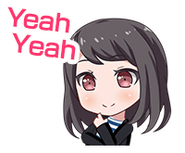 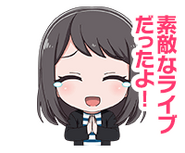 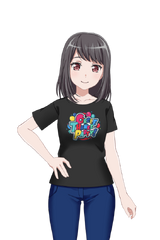 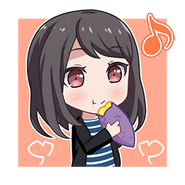 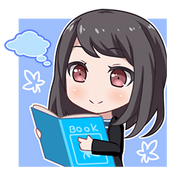