Kara Greenberg (Season 2)
Umino Natsuki (海野 夏希) is a second-year student at Hanasakigawa Girls' High School. She is the leader, vocalist and lead guitarist of the band CHiSPA and is friends with Saaya, who used to be CHiSPA's drummer in middle school.

She was in the same class with Arisa during their first year.

In the 13th episode of BanG Dream! 2nd Season, Natsuki was shown watching Poppin'Party's live concert at Live House Galaxy and waving her glowstick while they were performing Dreamers Go! 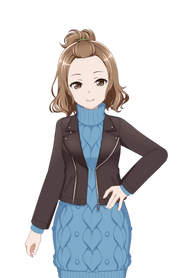 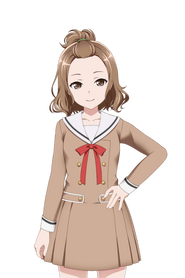